There are many benefits to automotive tinting, such cooler interior temperatures and more privacy. While you may want to get the darkest tint you can find to reap these benefits, it's not always possible. Believe it or not, but every state has its own laws regarding automotive tinting. Read on to learn more about different tinting methods and tinting laws.

What Does "Tinting" Even Include?

There are many more ways you can tint your car; but, no matter the method, it still has to conform with your state's laws.

Why Are There Even Laws Regarding Tinting?

Tinting restrictions are meant to make things easier for the police to do their job. For instance, tinted windows make it easier for criminals to hijack a car or potentially abduct a person. Illegal tints make it harder for the police to spot these serious situations and for a victim to get help. Furthermore, dark tints make it harder for highway officers to identify those on security footage, such as hit-and-run drivers or those using the emergency lanes illegally.

Tinting restrictions don't only benefit the police, they benefit you, other drivers, and pedestrians. For instance, if you are trying to make eye contact with cyclists, pedestrians and other cars at a busy intersection, this would be incredibly difficult or even impossible with a dark tint. Instead of absorbing light, some window tints have metallic components that actually reflect it, making it a hazard for other drivers trying to see past the glare on your car.

Can You Get Past These Restrictions?

Ultimately safety will trump your preferences for darker tints. However, many states make exceptions for those with photosensitivity, melanoma, certain autoimmune diseases, and sunlight allergies. If you fall into these categories, you'll want to talk with your local DMV to apply for a "medical necessity" window tint.

What if You Move and Your Car's Tint Doesn't Conform to State Laws?

Unfortunately, there are no clear-cut definitions for lighter tints and darker tints. It's a spectrum; and, each state has its own laws you must follow. For instance, there are many "Visible Light Transmission Percentage" (VLT) laws, which tell you the percentage of light that is allowed through your film and glass. In Iowa, the VLT is as high as 70%, while in Washington state it can be as low as 24%. These laws also have different stipulations for different types of vehicles. So if you move to a new state, it can understandably be frustrating to have to modify your vehicle.

Thankfully, Cost Helper says that removing an existing tint can be done for as little $25. Even the higher rates for removing or adding tints are fairly reasonable compared to other services. Contact an auto shop that specializes in automotive tinting. They will know what tints will work with your state's laws.

If you put on the tint yourself, you may be able to remove it with a fabric steamer or by trapping ammonia against the film with plastic wrap to loosen the adhesive. (If you choose the ammonia route, be sure to wear protective gear and cover the car's upholstery. 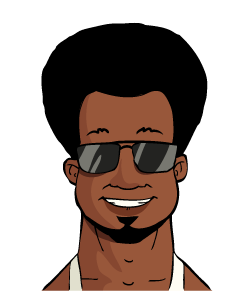 Hello, my name is Jeb Silverwood. Welcome to my website about automotive scanning services. When I purchased a new vehicle, I was shocked to learn that almost all of the diagnostics were performed using scanning equipment. My auto service technicians would hook up my vehicle to their scanners and find out exactly which parts were suffering improper load or performance issues. I created this website to inform everyone about the process of facilitating auto repairs through the use of diagnostic scanners. Please feel free to visit my site on a daily basis to learn all you can about automotive scanning services. Thank you.

Should You Replace Tires With Tread Left?
30 December 2019

If you're familiar with the penny test, then you'r …

Having a car in need of repair can be very costly …

If something is wrong with your tire, you may have …

When you are sweating and suffering in traffic bec …

If you're in the market for a used vehicle, then y …